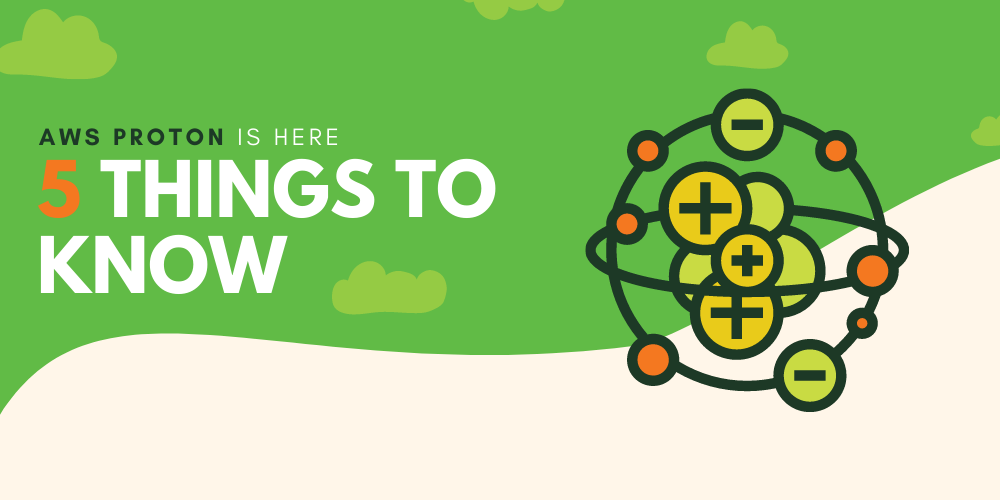 After being announced at re:Invent 2020, Amazon Web Services’ new application delivery service AWS Proton has hit general availability. Here’s the lowdown on what it does and why it matters.

It’s all about microservices

AWS Proton is an app delivery platform that provisions, deploys, and manages microservices that aims to help developers build apps without having to worry about the underlying resources.

Microservices are becoming increasingly widespread in the world of app creation. This rise is mainly due to the benefits of its distributed architectural approach. Using this method means an app is broken down into core functions (known as services), loosely coupled together, and can run (and break) or be changed independently without having a knock-on effect on other services within the app. That makes embracing DevOps and constant iteration and delivery a lot easier to achieve and allows developers to innovate faster.

It aims to help coders focus on code

AWS Proton automates the deployment of container and serverless apps on AWS, offering up pre-defined “stacks” that include all the resources a developer needs to deploy an app. Devs just select the most appropriate stack for the job from Proton’s self-service interface, set the parameters, and get to work on the code.

That means developers don’t need to know the ins and outs of everything underpinning their app—whether that’s compute, networking, security, administration, or architecture—and can just do what they do best.

Each stack is created by a customer’s platform team and not only comes readymade with everything that’s required to provision, deploy, and monitor a service but is also built to adhere to best practices. All stacks deployed across a customer’s cloud environment will align with set guardrails, ensuring consistent quality and security standards.

If this idea of IT teams creating a buffet of pre-defined services for AWS users to utilize sounds familiar, by the way, it might because AWS Service Catalog has been around for a while now. Whereas Service Catalog is a collection of approved AWS tools that developers can use with their apps, Proton bundles together several different services that work together to provide a foundation upon which apps can be run and deployed. If Service Catalog provides the ingredients needed to make a sandwich, Proton is a whole lunchbox.

The issue with using microservices, according to AWS, is that having all these small, roughly connected parts— with their own infrastructure, code, CI/CD pipelines, and monitoring—within an app’s architecture makes it tough to scale applications up.

Deepak Singh, AWS VP of compute services, explains that Proton eliminates this challenge by “bring[ing] together customers’ infrastructure as code, CI/CD pipeline, and observability into a single interface, so developers can quickly go from code in a repo to a production application.”

It takes the sting out of updating microservices

By providing pre-defined stacks to serve as a foundation for microservices, Proton makes updating these services easier and more consistent. The product interface shows version histories and outlines which microservices are using which versions of a stack.

When any element of a stack needs to be updated, those updates can be deployed to any microservices using that stack with just one click, so no out-of-date configurations slip through the cracks. New features, new settings, or any other changes can be rolled out reliably and with ease, ensuring no security or performance issues crop up as a result.

Since being launched in beta last year, Proton has already been adopted by Rackspace, CareerBuilder, 2nd Watch, nClouds, ClearScale, Altoros, copebit AG, and Grabyo. Among the benefits these companies have cited include reducing developer productivity bottlenecks, improving standardization, and being able to build, test, and deploy a microservice in mere minutes.

How to get started with AWS Proton

Like most AWS services, AWS Proton is free to use; you only pay for the compute power needed to run and the storage space needed to host your apps. There are no upfront fees or minimum usage terms, so users can give Proton a spin and see how it works for their business without committing to long-term use.

All you need is an AWS account to start building your stacks and sharing them with developers.

Looking for talented AWS developers to create innovative cloud apps for your business?

Check out the world’s biggest database of pre-qualified AWS professionals for free.